IMM Video Converter is a specialized video converter enabling the conversion of video files encoded with IMM encoder to AVI and MP4 format.

The IMM encoder is commonly used by video recorders used in monitoring systems. To play such files you need dedicated players, often very limited compared to popular video players such as VLC, GOM Player or PotPlayer.

IMM Video Converter allows you to convert such video files to AVI and MP4 using very popular video encoders: Xvid and x264. To convert audio tracks MP3 encoder is used.
After conversion, video files can be easily played in any modern video player. 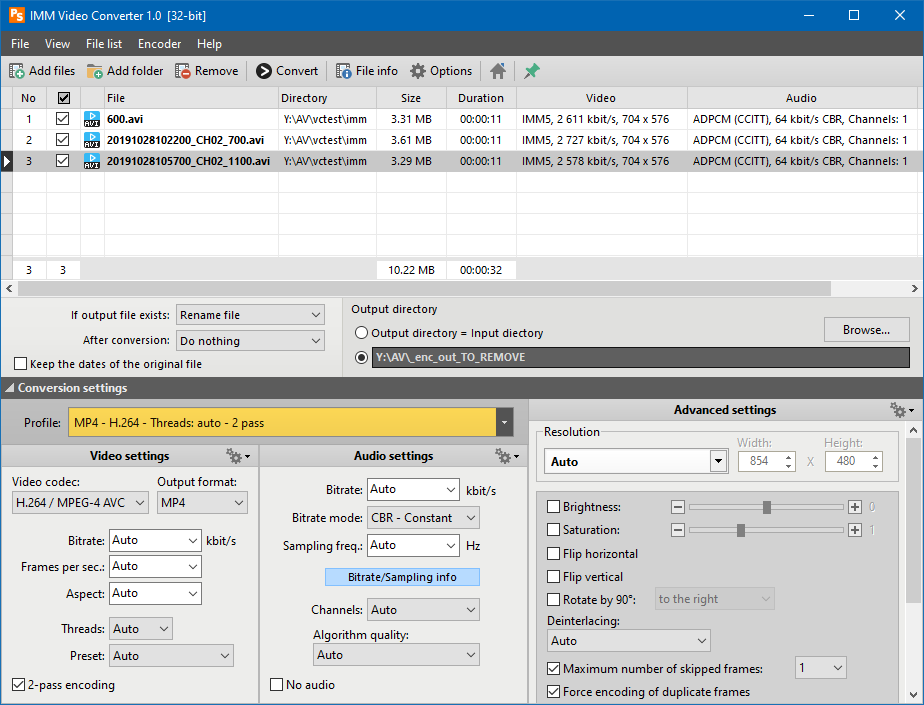 IMM Video Converter application is distributed in the form of archive and does not require any special uninstall process. To uninstall it, just delete files previously extracted from the archive.