Program for managing mouse settings in the Windows system. It allows you to quickly change the most important mouse parameters.

WinMouse is a program that allows you to change the most important mouse settings, such as cursor speed on the screen, enable acceleration, Sonar function, change the speed and size of the double-click area, change the number of lines to scroll after turning the mouse wheel, swap the primary and secondary mouse buttons and other.

The program has a built-in ScreenWrap function: when the mouse cursor reaches the edge of the screen, it will be automatically moved to the opposite edge along a perpendicular or diagonal line. This feature makes it easier to use the touch pad on notebooks.

WinMouse monitors the use of the mouse and counts the distance traveled by the cursor, the number of clicks left and right mouse buttons and the use of the ScreenWrap function. All data obtained is displayed on the Stats tab.

The program can be minimized to the system tray. After right-clicking the program icon in the tray, the user has access to the most important program functions from the context menu.

To run the program minimized, use the -tray command line option: WinMouse.exe -tray
After starting, the program will automatically hide the main window and display the icon in the tray.

I wrote this program in 2011, but I never released it. I use it regularly to this day, especially on a netbook, which is why I decided to publish it. Maybe it will also be useful to someone. 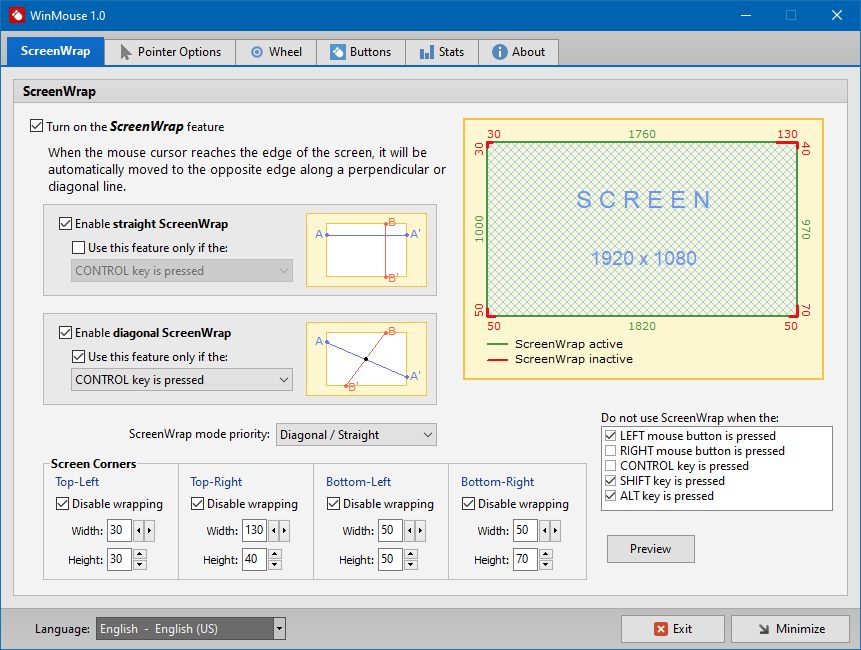 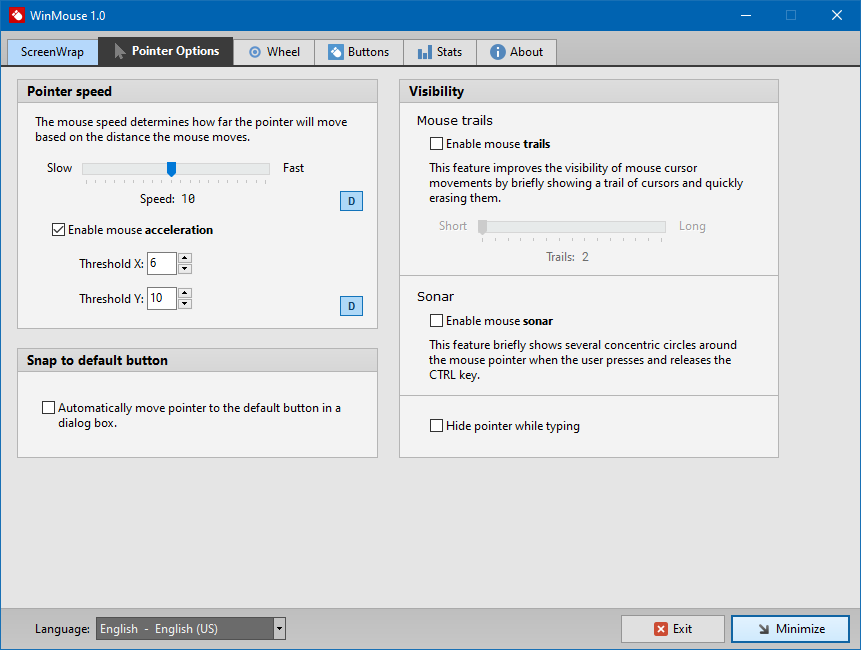 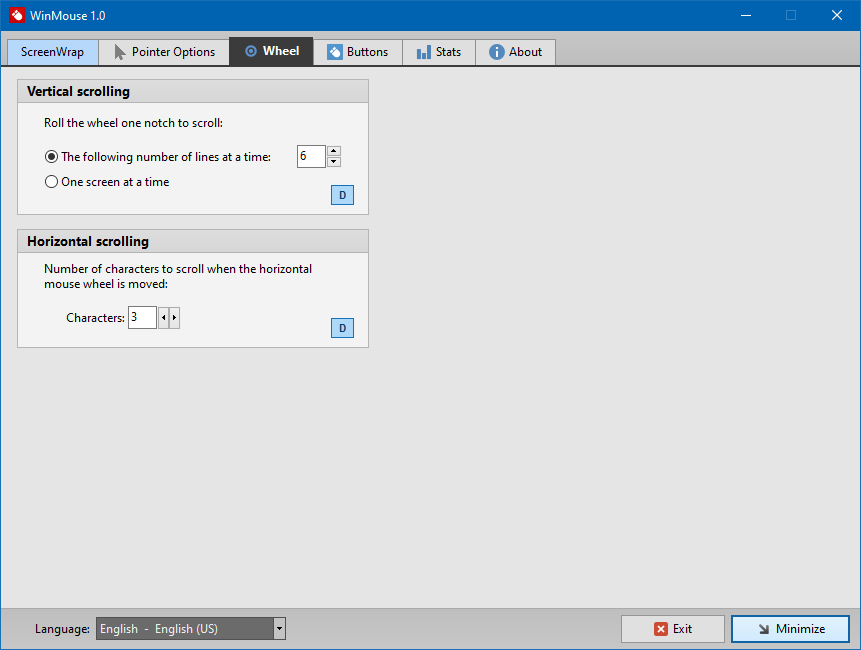 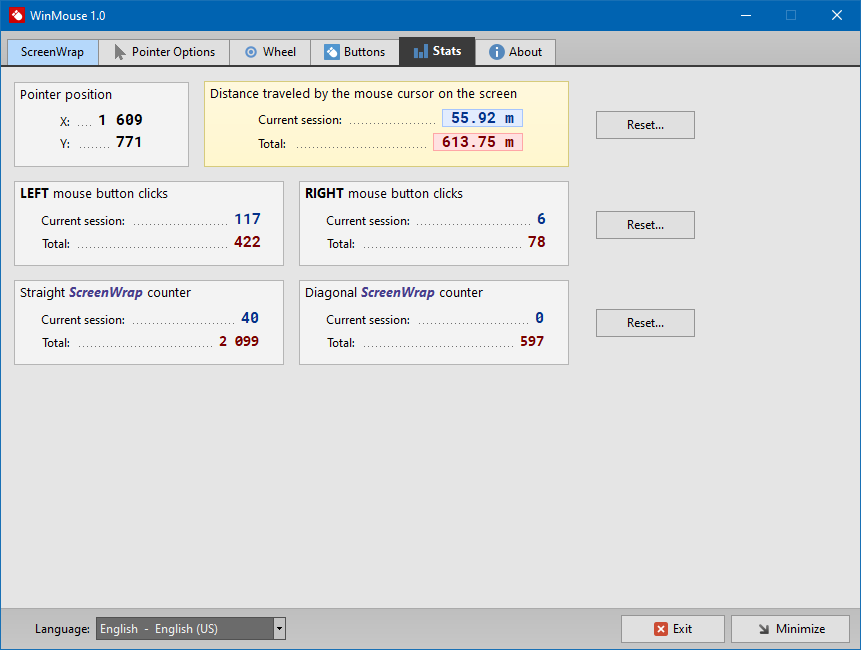 WinMouse application is distributed in the form of archive and does not require any special uninstall process. To uninstall it, just delete files previously extracted from the archive.